This Consulate releases a newsletter and a magazine in French and English. You can receive it, freely, to learn about the local French news, the social gatherings, and the latest cultural happenings... To receive it, please send a message to info1@miami.consulfrance.org

Learn even more about us

A free, monthly review of news and trends in France published by the Press and Communication Office of the Embassy of France. Read and register here.

Some French Medias on the web

Newspapers in French in the United-States

Newspapers in French in Florida

France 24is the international news channel providing world news coverage 24/7 via cable, satellite and online. This TV is characterized by respect for diversity and attention to political and cultural differences and identities. It offers an in-depth analysis of current events aiming to uncover what lies beneath the surface...For the latest News World report in English...

France 24 is available in French all over the United States 24/7 via DISH.

Like TV5Monde, it belongs to the Audiovisuel Extérieur de la France (AEF) group. France 24 is a media of multilingual reach that covers international news from a French point of view.

To find France 24 in the United States:

in English : over satellite Galaxy 23 (free and clear)

To watch streaming news on your mobile device, click here 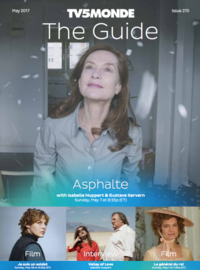 TiVi5MONDE is the first TV channel devoted to young audiences entirely in French in the United States. Its programming consists of animations, educational television programs and series aimed solely at children and adolescents. This channel is available on Dish Network and is part of the "French Bouquet" offering TV5 Monde. For more information, join the channel on Facebook or visit their website.

BONJOUR AMERICA TV is the first US television channel broadcasting in French language in the United States and directed to the French and Francophone Communities from different countries - either as a first or second language - and mainly intended to strengthen intercultural dialogue and recognition of diversity. BONJOUR AMERICA TV is currently broadcasting on Atlantic Broadband, Channel number 80. Visit the website http://bonjouramericatv.com/

Floride.TV is a local French-speaking generalist television channel produced and broadcast from studios in Hollywood, Florida. It is currently broadcasting on digital channel 11.3

"WLRN Learn Channel" gets it in French for you, generally on Channel 79. It is transmitted at 6:00 PM and 10:30 PM from Monday thru Friday www.wlrn.org

Bangoo Planet Launched by the French broadcasting group Moonscoop, Bangoo Planet is a platform for video on demand on the internet dedicated to children. They have access to 400 episodes of animated series renewed each month. Easy and intuitive layout allows children to easily navigate between titles that are divided by age group. The platform allows complete control of the content by the parents. For more information, visit the website.

Eurochannel Eurochannel is a world television dedicated to promote the European culture and lifestyle thoughout movies, music concerts, shorts-films projections and programs. In the US, the channel is available in English version through the satellite operator Dish Network. It offers the "French bouquet" and "A la carte". Dish Network tel: 1 877 586 9675.

Eurocinema Enjoy French movies with Eurocinema. In Florida, the channel is broadcasted in Miami Beach and West Palm Beach. To know more, go to www.eurocinema.com

[3A TELESUD->http://www.telesud.com/] is a 100% French channel that goes 24 hours offering a wide range of programs from Africa and the Caribbean with news, musics, sports, travels... Contact Dish Network to get it or call 1 877 586 9675 or write at frenchtv@echostar.com

Thanks to Trace TV, you can watch and listen music videos. The musical channel broadcasts from Paris 24 hours, in French. To get it, reach Dish Network at 1 877 586 9675 or frenchtv@echostar.com. For more info, you may also visit French culture’s website here.

RFI on your cell

In Miami, you can listen to RFI by calling 786 228 5543 . Local charges only will apply. To know more about Radio France International, the leading French World News radio with international news 24/7, go to www.rfi.fr

Where can you find a selection of French Newspapers?---> a non-comprehensive list