It is time to raise the French Tech banner in Miami and create new synergies between France, Florida and the Caribbean. As a start-up Nation, France is committed to support its French entrepreneurs wherever they are. The French Tech Miami will contribute to bolster the rise and development of global Tech champions.

This initiative will also promote France’s unique assets: we are the number one the country in the European Union for start-up businesses, we host the biggest startup accelerator in the world (Station F) and we have a worldwide presence with the largest foreign delegation at the CES of Las Vegas.

French Tech Miami is a joint endeavor, led by French start-ups, the French Consulate, the French American Chamber of Commerce and business partners.

If you are keen on joining them, visit today La French Tech Miami LinkedIn Group.

What is La French Tech?

These territories, referred to as “French Tech Capitals"; or “French Tech Communities", have a main mission: support the development of start-ups locally. It goes through:

La French Tech is an international label with more than 48 French Tech communities around the world including 6 in the United States. They have two main missions:

Helping French start-ups to grow in their host country

These missions are fulfilled thanks to: the whole international French Tech network and the attractiveness of Station F, the largest start-up incubator in the world. 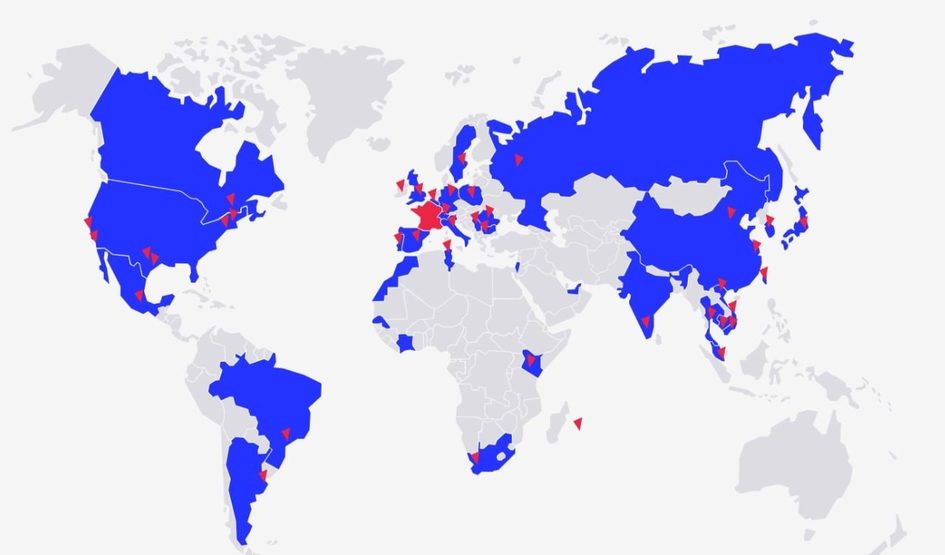 Miami, home to 6.1 million people and core of one of the US’ most attractive state

This year, Miami was ranked as number one city in the United States for entrepreneurs (Kauffman Foundation survey). The Tech sector is particularly thriving: more than $4. 5 billion was raised in the last three years by the Tech industry in Miami & Fort Lauderdale. Its other main asset is to be the undisputed strategic location between North America and Latin America, and the Caribbean making Miami the only gateway of the Americas.

Tech initiatives in Miami goes to a higher level

Brian Breslin, an entrepreneur initiated a first structuring step of Miami’s Tech market. Thirteen years ago, he created the "Refresh Miami" community. Today, this community brings together more than 10,000 people and 2,500 companies. The rise and awareness of this field brought together many other investors and stakeholders:

and Israeli billionaire Moshe Mana, who bought half of Flagler Street. Currently, he is coordinating, through his company ManaTech, the creation of "Station Flagler", which is largely inspired by Station F in Paris.

Miami faces a lack of human resources in this industry: to address the issue, universities launched different accelerator programs. Miami Dade College started "The Idea Center", led by Romi Bhatia, while the University of Miami recruited Brian Breslin to run the "The Launch Pad" incubator. These initiatives aim to connect local startups and entrepreneurs with young graduates.

French Tech Miami’s project is focused on developing a strong community, a broad network and on fostering new talents.

Gather French entrepreneurs and connect them with local ecosystems: monthly Tech Talks will be organized with inspiring speakers in new venues where members of the community can get together,

Connect with the other French Tech’s clusters in the USA and beyond.

Search for new sponsors and funding to promote French talent.

Promotion of the French Tech Visa

Development of new partnerships between French "Grandes Ecoles" and local universities, with the support of the French Consulate.

Stanislas Coignard is Americas’ CEO of S4M, and also leader of the new French Tech Miami hub. Rachel Raynaud is the Executive Director of the French American Chamber of Commerce, Florida Chapter.

You can find the video transcript below.

Stanislas: S4M started in Florida, Miami in 2017. We were struggling getting success and traction in the US and that’s the reason why we have picked Miami as the first entrance to both the North American Market and the Latin American Market. So we set a company in 2017 and after few months (because the city is much smaller than New York for instance, or Los Angeles) we could get traction, we could meet most of the people that are now our clients, we built our first video case studies and we used that as the first material to bridge Miami with other cities in the U.S. such as New York, Chicago, Los Angeles and San Francisco.

Rachel: As a chamber of commerce in Florida, we wanted to bridge all the French American companies to this tech industry. Today, everybody knows that the tech is everywhere so it’s very important that as a chamber we are part of it. It’s the future: Miami needs this label.

Stanislas: First we are very proud to be part of the French Tech 120 companies because we are now ready to scale. And the reason for that is because we’ve got helped at the very beginning, from the BPI (Banque Publique d’Investissement) and Business France who are part of our board members and investors. We fundraised with BPI in both 2015 and 2018, we participated to many programs that they offer to start-ups like S4M. They took us to the U.S. to test and to learn what kind of traction we could get from those markets.

How? Synergies and cooperations:

Rachel: So we are working very closely with the French consulate in a very good relationship the goal is to join forces in order to obtain better results for the vision we have for the French Tech in Miami.

Stanislas: First it was a good surprise because we found out that the whole ecosystem locally is very mature: a lot of initiatives have been going on for sometimes a decade and it’s starting to show outcomes and results. So we decided to take it from here with the French Consulate and the French American Chamber of Commerce and to address 3 main missions : to help the community, to promote the French tech at a global scale and to encourage talents in the way they exchange with France and the U.S. That’s how we happened to meet a lot of people and now we are starting to organize meetings, tradeshows, we have training that are also on their way with universities, we have found a place to gather the whole community, we created a LinkedIn group so everyone can meet and find a place to talk about their activity and so on.