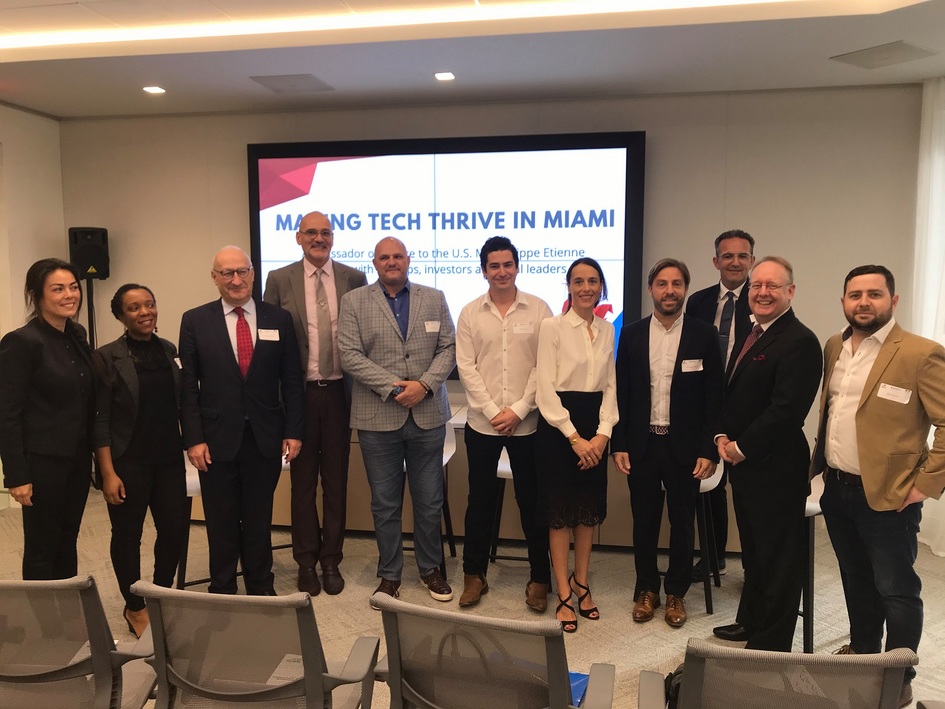 1- Why the Global Tech matters

The tech sector is directly and indirectly responsible for more than a third of the jobs currently being created in the United States. In France, it will represent more than 25,000 direct jobs in the next 12 months. This shows the importance of the Tech economy for tomorrow’s growth and job creation in both countries, and worldwide. This is why President Macron and the government have been promoting reforms to offer a growth-friendly environment for innovative companies.

2- What are the specific Tech companies issues

Indeed, Tech companies are facing specific issues. The Ambassador presented three of them and indicated how the French government has responded to them.

€2 billion will be invested in late-stage venture capital funds in order to help them reaching a size of at least €1 billion, which would enable them to participating in funding rounds exceeding €50 million or €100 million. In addition, about €3 billion will be invested in listed tech equity-specialized funds that are capable of backing the IPOs (initial public offering) of future Tech champions. Thanks to their commitment, France is changing the story of its start-up ecosystem.

Those initiatives of the government have proved to be successful. We currently create more startups than any other country in continental Europe and those startups are taking off faster with an increasing number of medium-sized startups that raised over €50 million. The money raised by French startups has broken records once again, with €2.6bn in 2017, then €3.6bn in 2018. We should reach €5bn by the end of this year.

In short, France has considerably transformed its ecosystem in order to make it stronger. But we need to be even more ambitious. This goes with a strong cooperation with our partners, and the United-States surely are the largest of them. 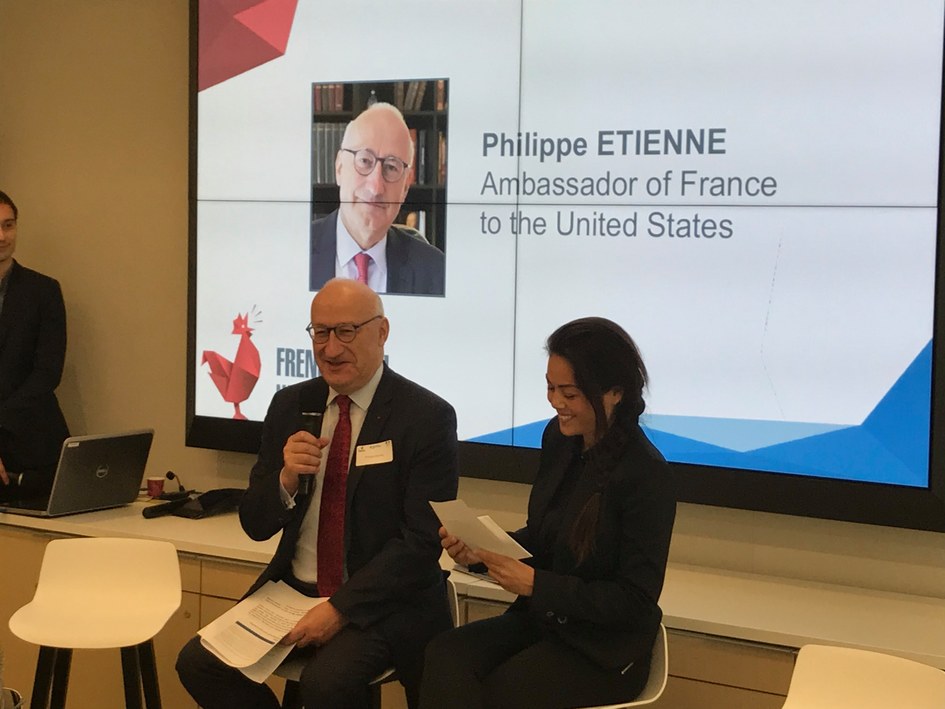 Apart from creating more jobs, helping our companies scaling up abroad, including here, in the vibrant city of Miami, will help us impulse a new model of innovation which combines all the assets that a tech ecosystem needs to grow – access to capital, talent and international markets – and a set of values that protect the consumers and foster cultural diversity. The gathering of innovative French tech companies, local organizations, investors, researchers and public actors creates the relevant background for a very successful development of tomorrow’s tech champions.

4- And why in Florida

Florida is the third largest U.S. State. It is full of opportunities in many fields such as aerospace, tourism, life sciences, Information technologies, finance and cleanTech. Florida is also home to many innovative French companies, which altogether represents the third largest foreign employer in the State and more than 4 billion USD in bilateral trade last year.

With this in mind, the Ambassador concluded that it was a pleasure for him to meet with French entrepreneurs and their partners from this vibrant tech ecosystem and to witness the initial phases of the launch of a future Tech platform geared to develop new business opportunities and sustainable solutions locally and across the United States.

During the panel, Stanislas Coignard, Head of S4M, who leads the project “French Tech Miami” along with Nouga’s Director, David Azar, Eric Tourtel, VP of TEADS LATAM, Ken Finneran, VP Human Resources of Kaseya, Christine Johnson, VP of the Beacon Council in charge of the Economic Development, Brian Breslin, Director of “The Launch Pad” at the University of Miami and Romi Bhatia, Executive Director at the Idea Center at the Miami Dade College shared their expertise and highlighted the necessity and the relevancy of the French technological hub in South Florida. 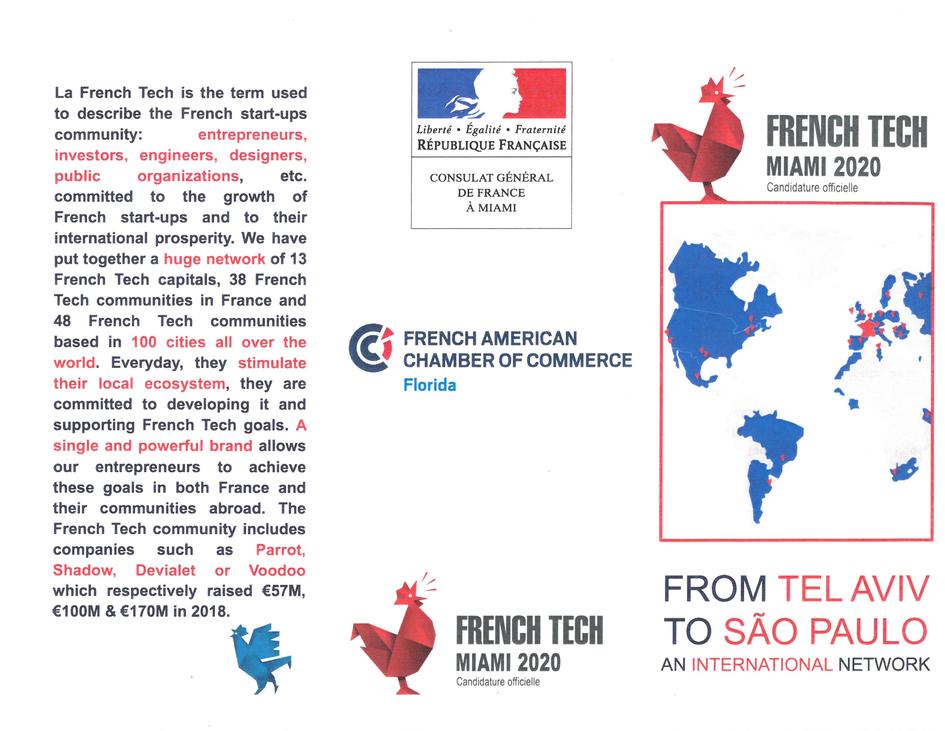 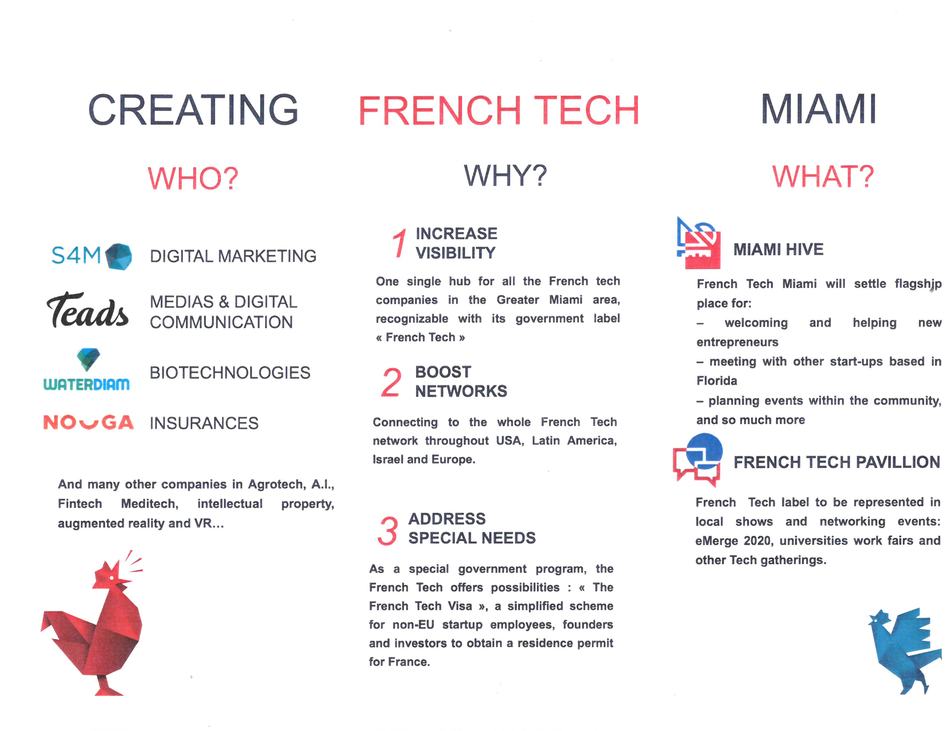