Building up to the United Nations Climate Change Conference to be hosted by France in December 2015 (COP 21-Paris Climate 2015), FACTS (French Ameri-Can Climate TalkS), this event was organized by the Embassies of France in both Canada and the United States. 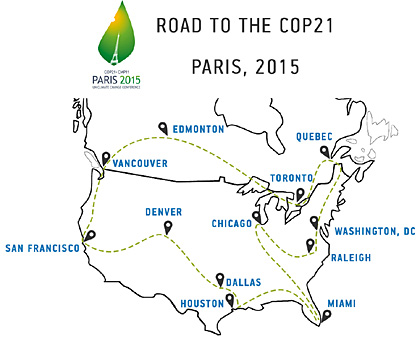 FACTS aims to mobilize French, American, and Canadian public opinion on the issues of the conference and reinforce the dialogue between experts from these countries

In Miami, the conference set up in partnership with the city of Miami Beach, Florida International University and the University of Miami focused on the impact of sea level rise on local communities.