Home > International Cooperation > Events 2020 > Diplomats in Miami got together to give us an International Perspective on (...)

On June 25th, 2020, as part of Pride Month celebrations, British Consul General, Nicolette Brent, French Consul general, Laurent Gallissot, Canadian Consul General, Susan Harper, and Senior Policy Officer at the Department for Gender & LGBTI Equality at the Consulate general of The Netherlands exchanged with Lynare Robbins of Global Ties Miami and the participants about the work and progress made in the fight against LGBTQ’s discrimination. 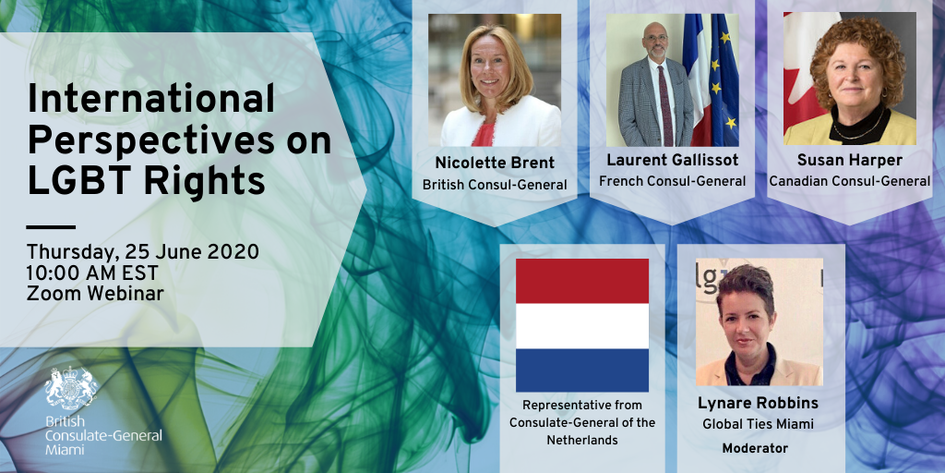 They presented their respective countries’ actions and the cooperation that they put in place in order to defend and advance LGBTQ equality globally.

France is very active with the UK and the Netherlands, for example. This cooperation is making change on the ground by changing stereotypes and addressing LGBTQ people’s needs.

A budget of 1.5 M € was allocated in 2017 and 2018 to carry out actions to support dedicated organizations carrying out communication activities, prevention, training, assistance to victims, and organizing events.

The Orlando attacks in June 2016 have raised awareness about the connection between all forms of hate speeches and hate crimes.

France addressed it by fighting anti-LGBTQ hatred on Internet, and by working w/ police, schools, and communities. France created a fund w/ all stakeholders to outreach on LGBTQ’s discriminations issues.

At the international level, following the #Orlando attacks, the United Nations Security Council -chaired by France- issued the 1st Declaration condemning the homophobic character of a crime.

Participants agreed that globally, "we have to keep this momentum and address LGBTQ’s discrimination as a global issue: as human rights." 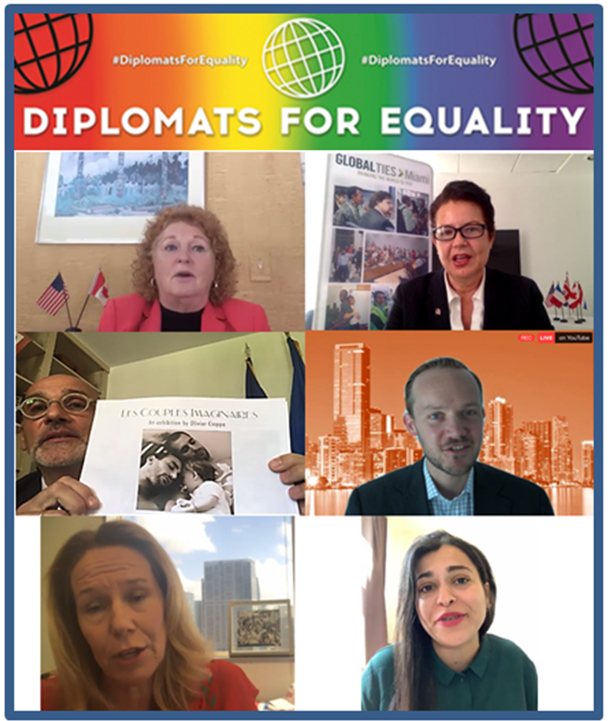