As part of the thirtieth anniversary of this Consulate, following the interview of Mr. Thierry Reynard and Mr. Jugnace Joseph, it is Ms. Michelle Mataillet’s turn to share with us the milestones of her action at the service of the French community. In this column, she narrates the creation of the organization "Miami Accueil" and evokes the activities of the French-American Chamber of Commerce in Miami while she was its Chairman in the 90s. 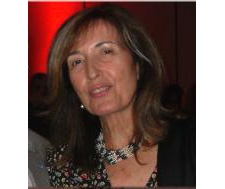 - e-Toile : Ms. Michelle Mataillet, hello. Thank you for accepting to participate in this interview as part of the thirtieth anniversary of this Consulate. You are very well known by many of our readers however, could you tell us how long have you lived in Miami and what you have accomplished here, professionally?

Michelle Mataillet: I arrived in Miami in 1992 after many stays in Latin America. My husband and I had established a product distribution company that exported engineering construction related materials to Latin America and to the Caribbean. At that time, there were no welcoming groups for French and Francophones in Miami, as opposed to other cities in the United States. It was with the consent of the Consul General, Mr. Denis Pietton, and the encouragement of Nicole Hirsh —Delegate of the “French abroad” on the Eastern Coast—that I created in 1994, with the participation of Isabel Picot, the organization “Miami Accueil”. This association in which I was the first President, had immediately met great success, since its purpose was to offer our citizens, and their francophone friends, advices and useful information for an easier and smoother installation, especially regarding schools issues (school boundaries, translations, etc..). The organization also offered cultural conferences, tours, social happenings, which have quickly welded a French community which was a little scattered until then.

e-Toile : In 1996, you were President of Miami Accueil and sometime after, you were elected as the Head of the French-American Chamber of Commerce in Miami (FACC). What were the events, operations or services that were already available to the French business community?

Michelle Mataillet: In 1997, I became the President of the French-American Chamber of Commerce. With the support of the board members, a close-knit management team and interns from French business schools, we started publishing pamphlets on all the countries from Latin America and the Caribbean and their economic capabilities that could be of interest to possible French investors who wished to settle in Miami. We gathered, listened and advised all the people who were thinking to invest in Miami. We also invited French entrepreneurs and top-executives from French companies (Airbus, Club-Med, Chantiers de l’Atlantique, Cartier, etc…) to give lectures while visiting Miami.

e-Toile : In the 90s, you had the opportunity to work with the team of the Consul general Pierre-Antoine Berniard, as well as the team of Mr. Philippe Chatignoux and then his successor, Mr. Christophe Bouchard. What were the relationships that you had established with them?

Michelle Mataillet: We were at the origins of the first networking cocktail receptions between the European and Latin Chambers of Commerce. We always had the help and encouragement of the Consuls Pietton, Berniard, Chatignoux and Bouchard, whom all have, in their own way, gave life and support to each one of these achievements.

e-Toile : Since you live in Miami, which are the moments or the events that impressed you the most and, in your opinion, what has evolved or changed the most during the last 30 years?

Michelle Mataillet: Finally, after many years of presidency, I thought it was time to give a new momentum to the Chamber. The French Trade Commission would close its offices in Miami and the FACC was given the opportunity to take care of the Employment Committee and the economic missions under the auspices of the Consuls general, Philippe Vinogradoff, Gaël de Maisonneuve and Philippe Létrilliart.

Michelle Mataillet: The French community has grown considerably over the years and the local French business field has seen the creation of societies and companies increased tenfold.

e-Toile : If you meet an entrepreneur who wishes to settle in the Miami region, what advice would you give him?

Michelle Mataillet: The advices given to those who arrive to Miami have not changed . It takes stamina, perseverance, humility and great willingness to work for lasting success. This is as true as today as it was 30 years ago. Miami exploded at every level demographically, culturally and economically. From a small, sleeping village, a great center was born; one that influences many domains, such as the cinema, music, arts, luxury and sports.

e-Toile : Finally, if you have to describe the great Miami in three words, what would they be?

Michelle Mataillet: Energetic, lively and zest for life are the words that come to mind.